The Value of a Pakistani Worker. Discounter Offers $1,920 Per Victim in Factory Fire

The Value of a Pakistani Worker. Discounter Offers $1,920 Per Victim in Factory Fire 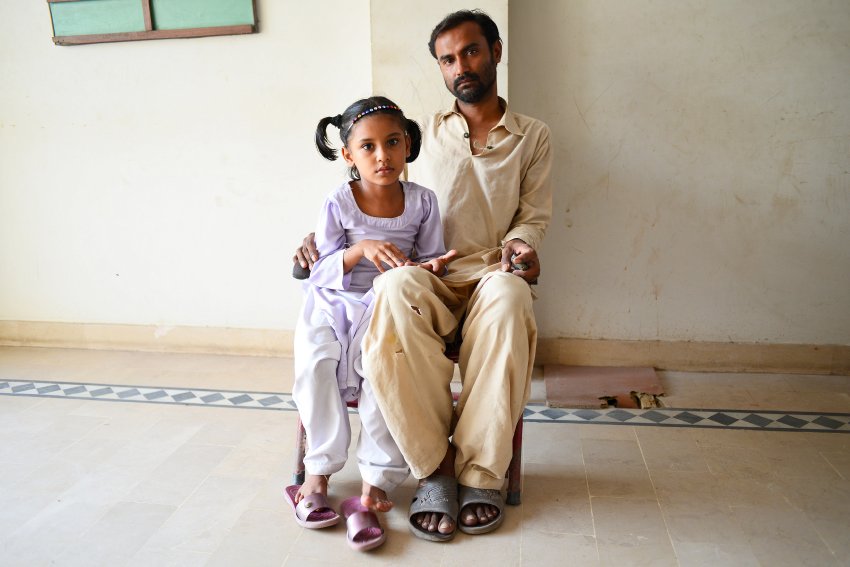 By Hasnain Kazim and Nils Klawitter

German discount textile retailer Kik plans to pay damages totalling $500,000 to the families of more then 250 workers who died in a fire at a Pakistan factory used to produce its clothing. The families say that is too little and are threatening to sue.

Six weeks ago, at least 259 workers died in a fire in the Pakistani port city of Karachi at a factory that produced jeans for German discount textile and clothing retailer Kik. The disaster created unfavorable headlines for the Western company because it highlighted the poor working conditions of many who create the inexpensive products sold by discounter firms. This week, the company said it is planning to pay out a combined $500,000 (€383,700) to the families of the dead, a figure that works out to about $1,930 per victim.

"That's not that much at all," says Nasir Mansoor of Pakistan's National Trade Union Federation (NTUF). "Furthermore, we don't know when and how the payment is supposed to come through." If the payout remains this low, then the worker's families want to file suit against Kik. Their goal, according to Mansoor, is for every victim's family to "receive acceptable compensation."

The factory, operated by Ali Enterprises, produced jeans that were sold for €15.99 in Kik stores under the "Okay" brand. The German retailer, based in the town of Bönen in the state of North Rhine-Westphalia, only admitted a connection to the factory after a non-governmental organization confronted the company. Kik executive Michael Arretz admitted that Kik was responsible for 75 percent of the factory's orders. But employees with Ali Enterprises say that, without a doubt, "at least 90 percent" of the products produced there were intended for Kik.

For the last two years, Arretz has been responsible for sustainability at Kik and has been tasked with improving the company's battered reputation. He has set the standards of the Business Social Compliance Initiative, which he helped to develop, as the guidelines for Kik. The sustainability initiative, which also includes discount chains like Aldi and Lidl, is considered by critics to promote scanty minimum wages rather than living wages and to be relatively unambitious.

According to Arretz, the money Kik is making available is intended to benefit families that still haven't received any support from the state. The Pakastani government, along with the government of the Sindh province which includes Karachi, has promised family members 700,000 rupies per victim, or about €5,535. Most families complain that so far they've only received checks that bounce. Others say that they don't have bank accounts and have no means of redeeming the checks in the first place.

There's also confusion about the exact number of victims. Workers' representatives in Pakistan estimate that more than 300 people died. Sixty-three suspected dead are still officially counted as being missing. The families of these suspected dead have provided DNA material so that it can be compared to that of the bodies that have already been recovered. Alleged family members have been waiting for six weeks for news about whether or not their DNA matches up with samples taken from the corpses. Only 29 corpses remain unidentified.

Several survivors report that workers from across Pakistan were employed at Ali Enterprises. Many of them came from far-off areas of the country to Karachi to try their luck in the city of millions, the survivors say. Families of some workers in different parts of the country might not even know that their loved ones are dead.

"Kik promised restitution weeks ago, but it still hasn't been paid out," says one man who worked sewing clothing in the factory and made it out of the flames alive. "Our livelihoods were destroyed in the fire. Now I don't have any more work, and I hope that I can find something in some other textile factory."

According to officials at Kik, it has been difficult to organize the payment. Until recently there wasn't anyone on the ground locally in Pakistan who could manage the matter, the company said, confirming a report by the aid organization Medico International. Arretz told SPIEGEL that, in the meantime, he's found a partner in Pakistan to coordinate the payments. The executive said that he also flew to Karachi for a two-day visit last week.

But representatives of the workers accuse Kik of dragging its feet. "To this day, we don't know who is responsible for organizing this or who the Kik representative on site is," says union representative Mansoor. "The effected workers and their familes have nobody to contact."

'Which Paper? We Didn't Get Any'

The low sum of the proposed damage payments isn't the only thing upsetting the surviving workers and victims' families. They are also alarmed by a report made available long ago stating that the electrical systems in the plant were not up to safety standards and emergency exits were poorly illuminated. The cause of the fire hasn't yet been identified, but it is clear that the factory wasn't up to code. Bars covered the windows, and escape routes were blocked off, preventing people from getting out when disaster struck. There was also no explanation for dangerous waste water used to acid wash clothing that was being flushed into the public sewage system. As far as Arretz is concerned, however, these are "not grave shortcomings."

Poor working conditions were also commonplace in the factory. Close to 1,500 men and women worked at Ali Enterprises, most of them without contracts. "We never got anything in writing," says one young woman, who worked doing unskilled support work in the sewing unit. "This is our problem now -- hardly anyone can demonstrate that they actually worked for Ali Enterprises." The lack of a paper trail makes it especially hard to establish the workers' claims. "The government of the province told us that we should show our papers in order to get money. Which papers are they talking about? We never got any."

Employees were paid for each pair of jeans that they produced. They worked on an assembly line, with each worker completing the same task for as many as 14 hours per day. One woman explains that she sewed back pockets onto pants day in and day out. A man says that he was responsible for belt loops. For each pair of pants, the workers received a couple of rupies or a few cents. "Depending on the size of the order, we earned between €1.50 and €5 every day," says one worker. Hardly any of them made more than 7,000 rupies, or €60, in a month.

The Pakistan Readymade Garments Manufacturers and Exporters Association, a trade group representing the textile industry, views criticism of Ali Enterprises as unfair. Workers in Bangladesh don't even get half as much money, says the association's president, Shehzad Salim, who also notes that the textile industry is Pakistan's most important business sector. Textiles account for more than half of the country's exports and 38 percent of the Pakistani workforce is engaged in the sector.

One of the factory's owners is now sitting behind bars. "He's been accused of murder, but that's absurd," Salim says. "Of course the case has to be explained and the responsible parties must be held to account. But murder?"

The catastrophe is becoming a burden for Pakistan's entire textile industry, Salim complains. "The fire scared lots of companies in the West. Our members are getting inquiries every day from Germany alone -- concerned clients want to know if all the security and labor regulations are being maintained. The majority (of factories) are totally above board on that front," he says emphatically. "Of course," he says, the safety standards are "not across the board as high as they are in the West."

Back in Germany, it is a burden for Kik, a company that has established a reputation in its 18 years of existence for selling some of the cheapest clothing to be found in the country. In the past, the company has sold t-shirts for as little as €1.99. The company has become highly successful, with annual revenues of more than a billion euros and some 3,000 stores in eight countries.

But critics have noted that the cheap prices on Kik's products come at the expense of poorly paid factory workers in countries like Bangladesh and Pakistan. In 2009, the company came under fire following allegations that children under 14 had been working in a plant that produced for Kik in Bangladesh.